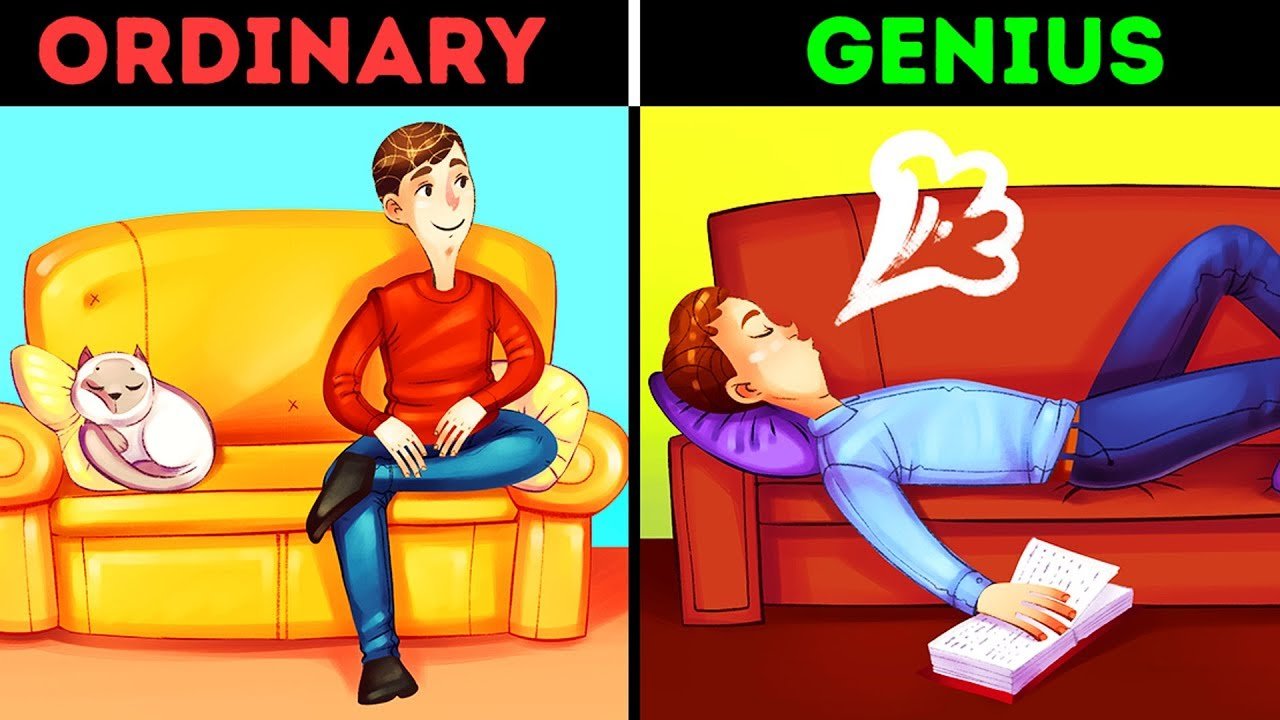 Ever thought of how the unusual habits in you can prove to be an indicator of your intelligence level? Perhaps, no one can ever think it that way!  Well, if you possess these signs in you, you are way better than you can ever think of!

For all the left handed people who are pin-pointed so often, nothing more than this trait can prove your creative intellect and divergent thinking. According to aresearch, worrying about little things proves one’s efficiency to do the work.

Who could have ever thought that a great sense of humour can be of such high advantage to a person that it would help one to exercise his intellect? Curious and inquisitive minds are the leading signs of higher IQ.The facts that the night owls are the most productive people and the people who get easily distracted are intelligent still remain the most astonishing signs of judging one’s mental level.  Walking a lot not only ensures good physical health but an active brain too!

The ones who admit the fact that they are unaware of something are probably smarter than the ones who don’t!  Suppressing your emotions isn’t as easy as it looks like! Self- Control is too hard to practice, and the one who learns it is the most intelligent of all! Delaying things, the habit which is considered the worst of all  also implies that the creative and the intelligence level of the person is very high! Self-Analysis and reflection, the pretty tough task, can be easily done through munching. It is often believed that munching something generally opens one’s mind to new ideas and thoughts.

Last but not the least, the clever and intelligent the person is, more often his brain gets tired and asks for rest.

Well , if you possess any of these, then don’t consider yourself below anyone!