4 Types of Entrepreneurs and THEIR DARK SIDES 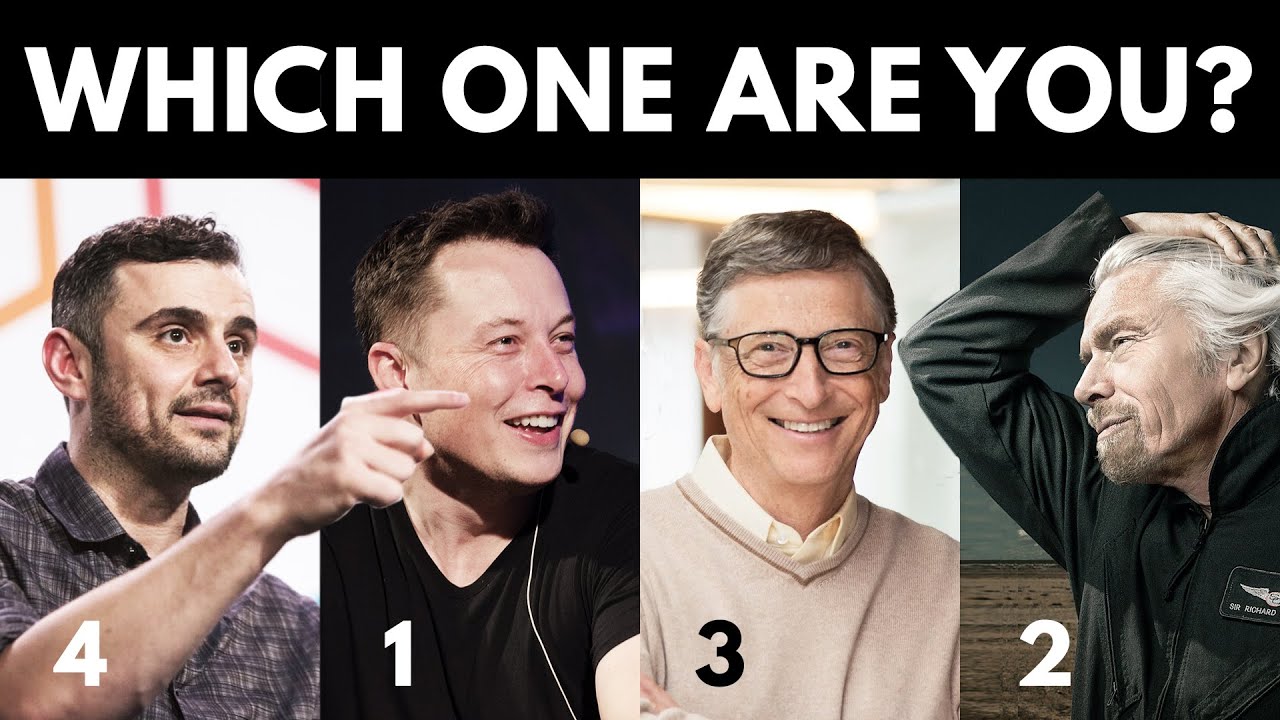 There are 4 types of entrepreneurs, and it’s important to know which one you are because each comes with it’s own set of down falls and traps. Watch the video, and see which one you are? Leave a comment below once you figure it out, and remember it can be a combination of a few, too.

PAT FLYNN: There are four different types of entrepreneurs and you need to know which one you are whether you have a business already or not, because each one comes with its own dark side.

So, what you’re about to watch is a clip from an upcoming interview that I haven’t yet published actually, with Ryan Levesque, a good friend of mine who is the author of “Ask”, whose book I have reviewed here on the channel before.

He’s got a new book out called “Choose” and it’s really important for you to understand what kind of entrepreneur you are, because like I said, each one comes with its own pitfall and it’s good to know these things upfront so you don’t set yourself up for failure later.

So, listen in. Here’s a Ryan Levesque. And also, play along. Which kind of entrepreneur are you and have you ever been met with the same kinds of pitfalls that Ryan’s talking about?

Mission-based entrepreneurs are drawn to starting a business because they have a cause that they’re passionate about. It’s a cause that they would die on a hill for and its Kristi Kennedy is an example that I talk about in the book.  So, Kristi is a mom who has a son who is autistic and he was bullied in school as a young boy.

And so, as a mom, decided that she had to do something about it, so she went to the school and started to get involved in and one thing lead to another and she started developing a program to help eliminating bullying from her child’s school.

And it’s in contrast with the second type an entrepreneur which is the passion-based entrepreneur. Passion-based entrepreneurs tend to have something that they’re passionate about. it’s a like a hobby or a love, whether it’s back to the future and the Delorians or a Lego or playing the guitar or learning how to paint or whatever maybe, they’ve got something that they love, that they’re passionate about in their life.

And they want to transform that passion into their vocation. So, examples are like Charlie Wallace. Charlie is a story I tell in the book. Charlie’s a traveling musician. He’s is part of a heavy metal rock band and to make a little bit of extra money, he’s started teaching people how to play guitar online.

Well, he ended up growing that into a business that makes over $2 million a year. They just released their first LP and it landed on the Billboard Charts, hard rock Billboard Charts at like number 13. he was you know named one of the top 30 entrepreneurs under the age of 30 by Forbes and he’s just on this rocket ship. And it all started with this passion around playing the guitar that he transformed into his business. So, that’s the passion-based.

Like, they’re in love with the idea of being their own boss, having their own business, making their own hours, having that freedom, but as far as what type of business were what market to go into, they’re really undecided. Now, that’s who I was when I first got started and anyone in that situation, what I recommend as the prescription, is to start what I call a practice business.

Now, just like learning how to drive a car, you don’t, most of us didn’t learn how to drive a car in our dream car, our forever car, right? Like, we learned in an old beater. Like, for me it was an old jeep, rusted out floor, stick shift, that’s what I learned how to drive. But here’s the thing, the skill of driving, learning that skill to drive a car, is something that you carry with you for the rest of your life.

They are so drawn to the mission that they have in life that they put making money as being secondary to that mission and so they end up building a business that doesn’t give them what they want out of life.

It doesn’t allow them to have the freedom they want to or make the impact or leave the legacy that they want because they’re so drawn to the mission and they struggle with charging for what it is they want to do.

Passion-based entrepreneurs tend to fall in love with their passion and building a business around it runs the risk of leading to you to become dispassionate about that thing. Like for example, if you love painting and you build a business around teaching people how to paint and suddenly that’s your J. O. B, that’s your job, and you need to make money doing that, you can lose the love that you once had about painting and so you need to be careful around that thing.

Opportunity-based entrepreneurs need to be careful that you don’t just, and maybe you experience this in the lead exam business where it’s a way to make money but one day you wake up and you ask yourself and you say, what the hell am I doing with my life? Like is this is really what I was put on this earth to do?

And you wake up one day and say, yeah; I’ve made some good money doing this but am this calling? And you sort of have this crisis of identity that can happen.

So once you kind of identify who you are, you can be aware of the shadow side to watch out for just noticed those signs in you that can hold you back from doing what it is that you want do.

Also, no matter what kind of entrepreneur you are, I know that there are videos here on this channel in the archive and coming out that can serve you as an entrepreneur. That’s why I’m here. I’m here to serve you so make sure you hit that subscribe button, and hit that bill notification icon, and hit that like button too if you did enjoy this video. Thank you so much, I appreciate you. And as always, team Flynn for the win.

4 Types of Entrepreneurs and THEIR DARK SIDES

How to Attract People to Your Ecommerce Store