Being At The Top Is Hard – Network Marketing Pro & Eric Worre 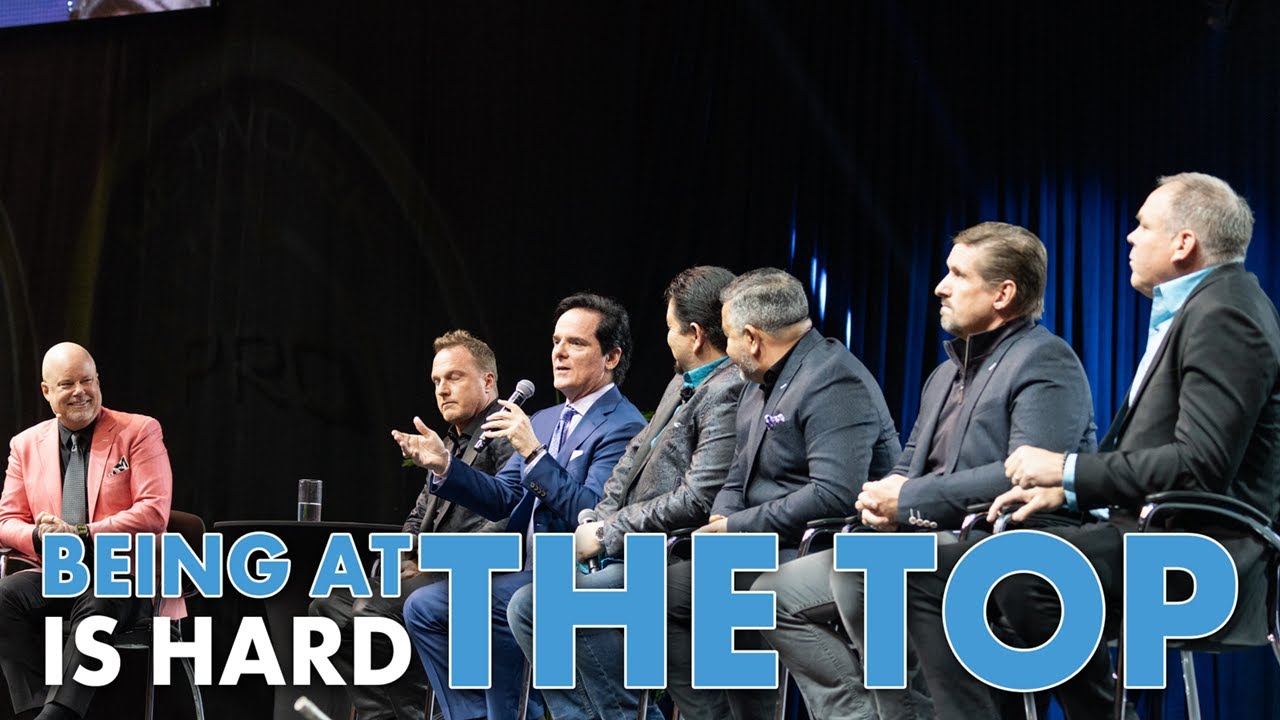 What’s harder than being at the top? Listen to Network Marketing Pro’s CEO Panel tell all at the 2019 Go Pro Recruiting Mastery event. Want more keys to a wildly successful network marketing business? Watch all the videos! It’s never too early to plans for a life-changing event! If you’re serious about building a network marketing business that impacts your legacy, grab some tickets now to Go Pro Recruiting Mastery 2020 in beautiful Las Vegas

ANNOUNCER: I think that everything that we do, incorporate is to make what you have attractive and to protect you. It is so we operate from mutual trust and respect and so I use this metaphor that with both Mamas and Papas. We have to love each other, we have to love our field, and we have to love those people that sent us the emails that you know 5 o’clock on a Friday afternoon. We have to love on everybody.

And we have to protect like a papa, like a father, like a grandfather and that’s my role. That’s your role. And so that’s the second thing I would say, and then the third thing I would just say is that, we’re in this together. I mean that’s it we’re in this together. And it’s not I go, it’s we go, and ego is the voice of fear. And we’ve not done anything in our history took great distrust and I just respect that.

ERIC WORRE: Yeah. Thank you I love that.

CEO PANEL MEMBER: Well. Let me just first start by saying that, when I was on the field. You know, it’s not as a top earner of many companies, one of the thing that I noticed was it was a very easy life. It was a life where I could go, recruit be on the beach, you know recruit be at a party, recruit be somewhere else, working in doing meetings that’s fantastic.

Corporate wise now we are like 24/7 grinding every night. I bet you every single person on this panel right now. They don’t sleep as much as, I mean, I see 3 hours a day but we’re lucky. But the reason for that is that we want to make sure that you guys have the tools and you guys have a company in the future.

See one of the things that you don’t understand as a distributor, that I want to understand is that; let’s just say our company or anybody’s company here. We have every single life. I feel I have every single life and family on my shoulders. And if I fail, I fail millions so it will actually thousands and thousands of people and people they concern.

So I you know, we stay up every single night making sure that every error is fixed, everything is that, and we do get the calls. But guess what? We have to draw a line we can say okay this is valid and this is not. Because we want to make sure that you have a future.

And if you can understand that just a little bit you can defend it, like it was your own, and defend it with everything you can. Because every time you job added you’re destroying a brick that is holding up the forts, which is holding up these companies up in the air.

Being At The Top Is Hard – Network Marketing Pro & Eric Worre

Talking Tech and 2020 with Bill Gates!

How to Attract People to Your Ecommerce Store