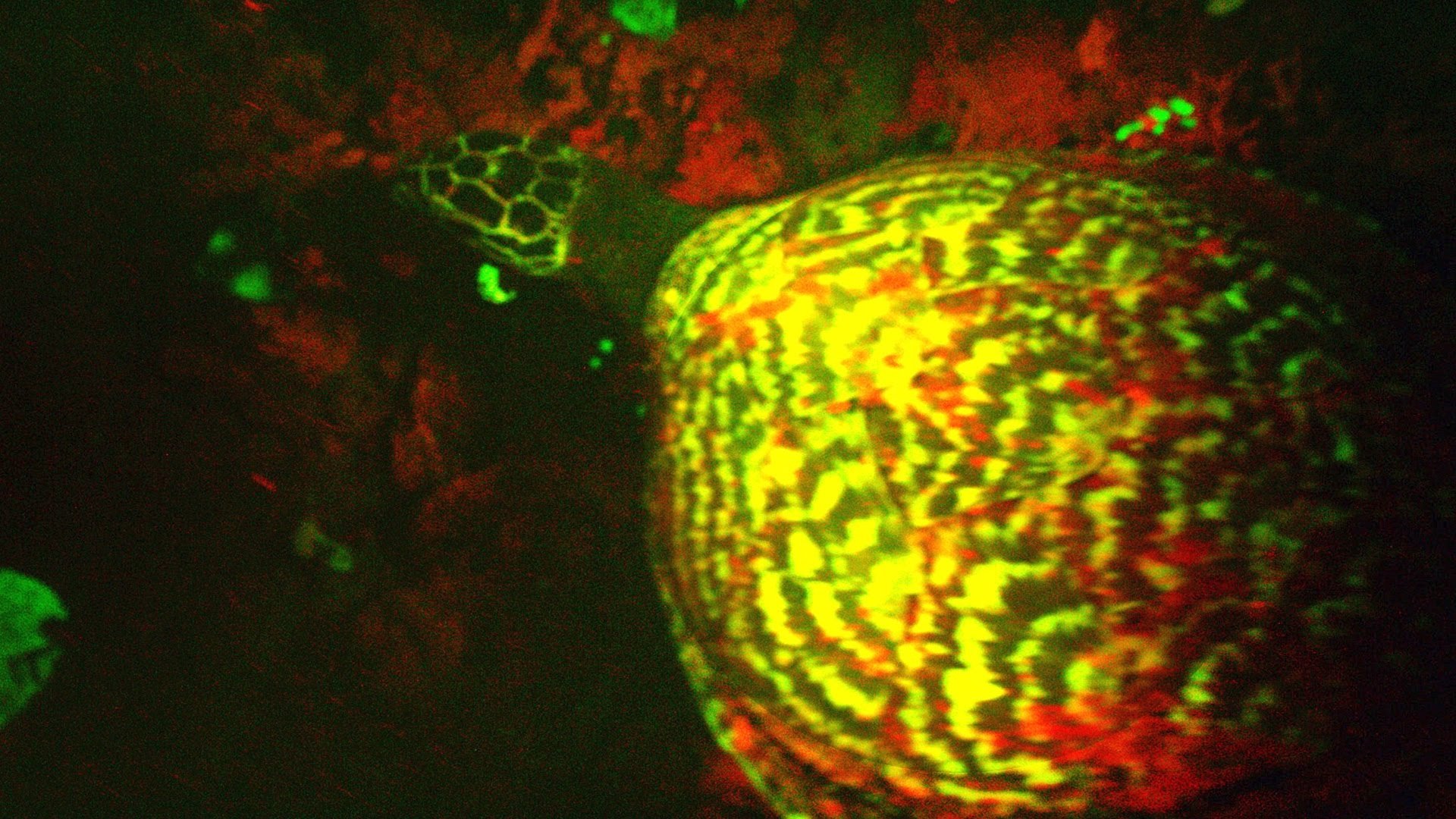 On September 28, 2015, David Gruber, a National Geographic Emerging Explorer has discovered glowing hawksbill sea turtle looks like a “bright red-and-green spaceship” at Solomon Islands. It’s the first time that biofluorescence has ever been seen in reptiles, according to Gruber. Gruber is now excited to learn more about this critically endangered species and how it is using biofluorescence.

The Zipf Mystery will blow your mind !