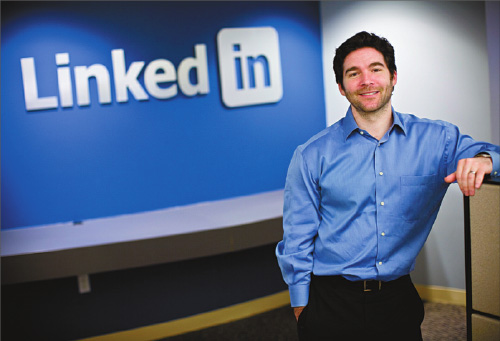 Jeff Weiner, LinkedIn’s CEO, is currently one of Glassdoor’s top leaders. However, his management style took years to develop.

Weiner has said his approach as a Yahoo executive in the early 2000s was “intense.”

As he said at Wharton’s May commencement address, “I would listen with the intent to respond, not to understand.” He also said that he had expectations and got upset when others didn’t perform the same way he did.

Having vowed to change, he introduced a compassionate management philosophy that was inspired by the Dalai Lama. During this process, he developed ways to structure his priorities. These simple and mundane practices allowed him to develop both people and strategic vision, both imperative for anyone looking to grow an organization or become a leader.

Weiner spoke to CNBC’s Adam Bryant about his approach and what leaders can learn from his experience.

With increasing responsibilities, Weiner came to appreciate the power of daily routines. Having a plan for each day made it easier to focus and manage his day, Weiner says.

As soon as he wakes up in the morning, which is usually around 5:30 a.m., he does exercises, meditates, and gets his kids ready for school. His evening routine includes getting home in time for dinner, putting his kids to bed, and talking with his wife. He makes sure to get enough sleep every night, often going to bed as early as 10 p.m.

The daily routine of Weiner has always had a profound impact on him. Earlier this year he told CNBC that his

“Every night before bed, he said, “You can do anything you set your mind to,” and he repeated it so frequently that it became like a bromide, like “finish your vegetables,” Weiner told NPR in 2017.

There are periods during Weiner’s schedule where there is no scheduled activity. A total of 90 minutes per day are spent processing information, catching up on emails, and making room for coaching and conversation.

According to him, “buffer time” is crucial for productivity and creativity. “To manage time effectively, you need to take time to think instead of reacting constantly,” he told the Wall Street Journal.

He says, “I just need some time to catch my breath.”. “It’s made a huge difference.”

The key to success for any new leader is learning how to focus less on tactical execution and more on strategic thinking, says Weiner. Every startup founder or new manager faces a “fundamental transition” during this time.

Despite this idea being obvious, Weiner says it’s not always easy to implement. He explains that it’s very different when you’re starting a company, where everyone needs to chip in and help out.

A leader in a small company is accustomed to being the one who solves problems. However, it is essential to teach problem-solving skills to your team’s other leaders.

“It’s absolutely imperative that key leaders can do these things for themselves, and more importantly, they should be able to coach their team members,” Weiner says.

Your leadership reach can expand and you can spend more time focused on big-picture tasks when you coach leaders in your style. This is how an organization can truly scale.