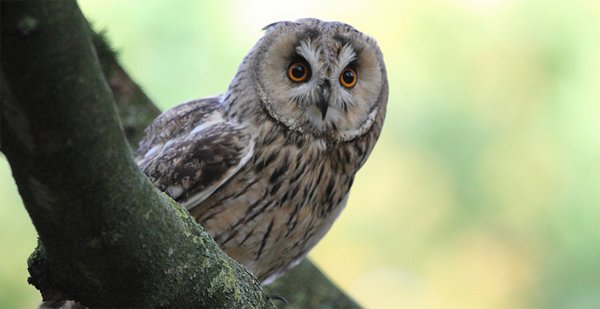 Even after many more inventions were made in aircraft technology, scientists are not stopping their research on improving the mechanisms of the aircraft. Yes, recently a research was made on â€˜How to make an aircraft to fly with an extremely less noiseâ€™.

Here in the case of aircraft, it makes more noise even if it is flying at a very far distance from the ground level. The aircraft noise will affect both the people inside and outside of an aircraft. It is said to be a more disturbing factor for the residents around the airports.

Hence in order to overcome this noisy feature of the aircraft, scientists have made n number of researches and experiments from top to bottom in the mechanism.

Generally, the invention of the flight is said to be inspired from the flying ability of birds. Similarly for this research, scientists got the guide from the flying technique of Owl.

According to their study, owls are found to be equipped with a brilliant technology called as â€œStealth Technologyâ€. It is a technology which is being used by the owls for flying in an extremely silent manner such that their arrival towards the prey will not be detected by that prey. So without even a small hearable noise, a prey will surely loss its life in the mouth of an owl through this technique.

Normally for a bird, to fly in the sky, it needs more amount of force such that the wings will produce much noise while sweeping the air. But for the case of an owl, it is entirely different. The wings of an owl will absorb the energy of its flight vibrations and they convert that energy into heat in a more efficient manner than other birds.

This behavior reduces the sound below the frequency of 2 KHZ. This level of frequency is considered to be a sound level which falls below the hearing range of a prey. Hence this creates a way for an owl to silently approach its prey. Because of this ability, the researchers crowned the owls as the â€œKings of Acoustic Stealthâ€.

From this study, scientists are discussing to make use of this remarkable technology within the mechanism of aircraft. In order to achieve this, the basic comparisons between an owl and an aircraft should be taken into consideration. It is interestingly a challengeable task to replicate the flying aspects of an owl with an aircraft.

Simply this is an experiment of updating the behavior of a machine with the natural behavior of a living being. Let us see whether the aircraft will do the same magic as owls do with the â€œStealth Technologyâ€.

This information is gathered in August of 2015.

How to be more productive with Arianna Huffington’s 4 tips