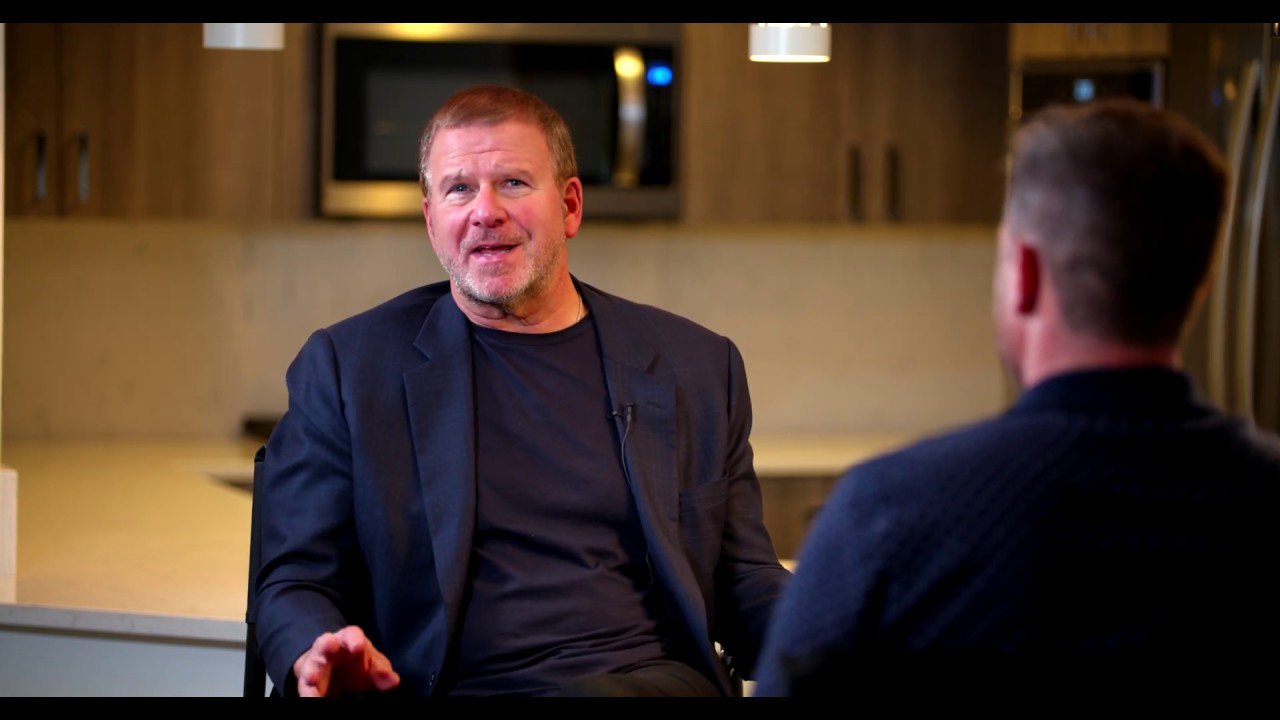 TILMAN FERITTA: Hi I am Tilman Feritta, owner of the golden nugget Casinos Landry’s restaurants everything from Mastro’s, the bubble gum, to del Frisco’s, to catch to rain forests, all grass chart house and a lot more and the owner the golden nugget Casinos and the Houston Rockets and I’m here to talk to you about my new book shut up and listen with Brian Elliott behind the brand.

BRIAN ELLIOTT: Did you have encouragement from your family, like other entrepreneurs in your family or they want you to go down a certain path?

But remember you can be just as successful going up the corporate ladder, look at a Bob Eiger who started as a film guy, so it don’t feel like you just have to be an entrepreneur. There are many millionaires and even a few billionaires, who work for somebody else.

BRIAN ELLIOTT: There’s a lot there that, I want to unpack let’s go back to the assertion that entrepreneurs are born and they’re not made, what makes you say that?

TILMAN FERITTA: I just knew how to make money. Just like a singer, is born a singer a person who complain instrument is born with the music here. An athlete a lot of times is much as you want to play professional football basketball or baseball, you can make yourself that good.

You have to be born with the talent. And I do think that I do have an entrepreneur world gene but at the same time I became a sponge and grabbed it, to make myself much better.

BRIAN ELLIOTT: I actually agree with you. I think with there’s a large debate on nurture nature, right? You know see environment that you grow up and can have a huge influence on you.

At the same time, I mean, I have kids and 100 percent can see certain things are DNA. It’s you know it was built in, and they’re different for me. And you can definitely see those differences. But let’s go back to, maybe identifying because a lot of people talk about self-awareness being really important thing.

I agree, being able to understand yourself. And maybe there are a lot of people and I don’t think it’s age specific. They’re still trying to figure out, one of my good at, or what is in my DNA? So how do we help those people identify, those gifts that have been given enough. Its James harden, you know certainly that DNA helped him get to the MBA. No question about it and then he perfected. But what are some of the signals that we can look for?

TILMAN FERITTA: Well and I talk about this in the book is that, god gave us all a gift. But you got to find out what you’re good at because he did make us all special in our own way. Everybody has something that they’re better at than everybody else, so they’re better at.

BRIAN ELLIOTT: I agree with you.

BRIAN ELLIOTT: So how do we figure that out?

How to Make Your Creative Work Harder | GaryVee Audio Experience

Winners Take Advantage of This Disadvantage | Born or Made Podcas