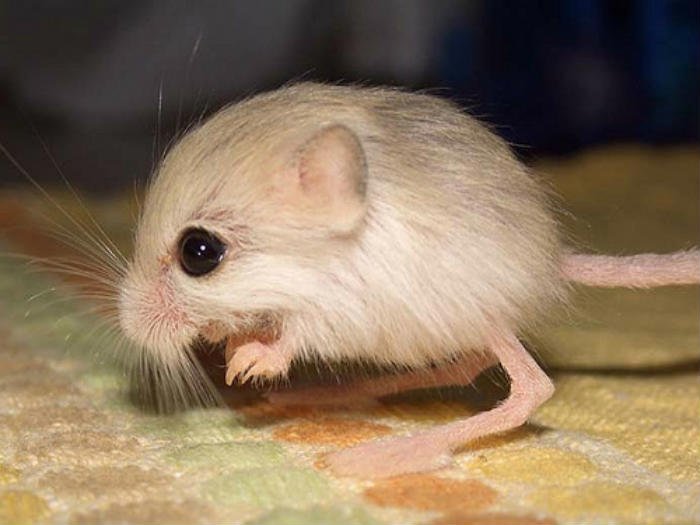 Many people in this world will definitely unaware of a sweet and cute creature .Yes , the creature is a very small mouse which belongs to the smallest rodent category and called as jerboa .It is of three-toed type .

Being a rare type, one of its kinds is found in northwest china by a bird lover, Chen, who discovered in a village while riding his car through the village road.

The meeting between Chen and this dwarf mouse is an interesting case. Chen initially found something very little with a pig like face and a bottle cap like structured body stopped in front of his car under the car lamp. He said that it only weighs around yuan coin .In spite of excitation he put it into an empty bottle took it to his home.

In Chenâ€™s home, it is found to be a sleepy creature and only wakes up at the night and comes out of the bottle. It wraps its neck with its long tail in order to avoid the noise while sleeping. Since its body is too small to store fat, it uses its lengthy tail to store its fat.

This cute little specious only live for a life span of around two years. But its relationship creates an everlasting thought for a person who cares for it.

How to approach a stranger ! – Brandon Stanton