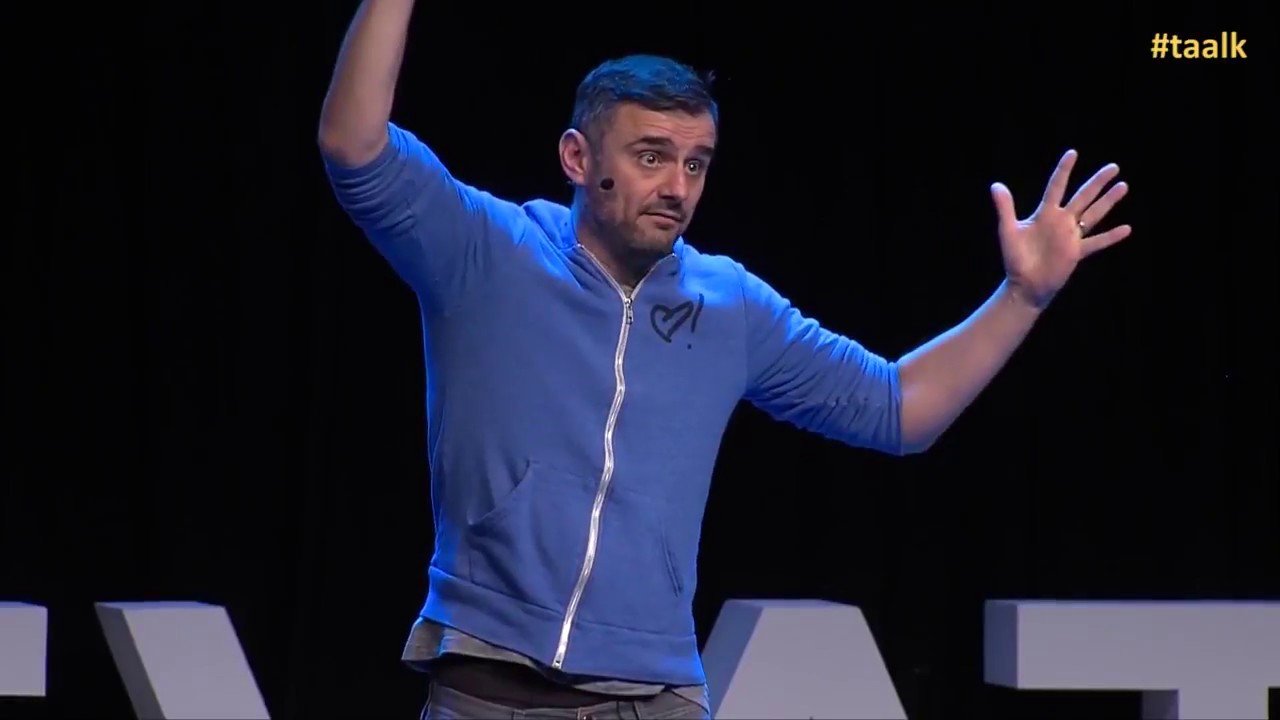 Gary Vee’s take on how to make real Passive Income. Passive income is something that we all wanted to have irrespective of the work we do. Here is an interesting taalk on the reality.
AUDIENCE: Hello Gary.

GARY VAYNERCHUK: How are you?

AUDIENCE: I’m good thanks you?

AUDIENCE: I have a question about passive income –

AUDIENCE: I mean you know what kind of trends do see for a person interesting in that? I don’t want to be stuck in office nine to five for the rest of my.

GARY VAYNERCHUK: Well, passive income comes in two forms 97 percent of the form is to ducious and — thing on earth and 3 percent is the tried and true thing that is actually created passive income in the history of mankind. So let’s find out which side you’re on? How are you thinking about when you say passive income do you mean some what do you mean?

AUDIENCE: I mean not having to work all day long. I want to be a note on the beach in Mexico instead of being on office in Sweden and of a cold November.

GARY VAYNERCHUK: Are you being serious right now?

GARY VAYNERCHUK: Okay. The quickest way to not be on a beach in Mexico is to think the passive income exists. It’s an it’s a bad mindset. I really believe that. I think the reason so many scum buckets are making so much money is because you’re buying stupid **** courses over and over. Thinking there’s some **** magic formula for passive income. Passive income looks like this you take money that you can afford to go to zero and you put him in the two places that have historically great a passive income.

Public markets that you don’t care for goes up and down and you just wait to the end or real estate and you hope that your real estate area doesn’t get crushed everything else almost doesn’t exist.

AUDIENCE: I’m thinking more of real estate because I’ve been involved in it in Sweden.

AUDIENCE: And for all the things people it’s the printer like the government is very restricting on creating a real estate business. It’s a lot of taxes it’s really hard if you don’t have the money in the beginning and —

GARY VAYNERCHUK: Should you work your face off to get money not by dumb **** like a watch and then put it into the real estate?

AUDIENCE: Yes I should.

GARY VAYNERCHUK: Okay. Look. You know. And I think you know and I’m happy I could see your energy. I’m so passionate about this issue there are people that are ripping people off at the level of hundreds of millions of dollars because they’re selling the stream because they made a video with pretty girls in a beach in the background and or making people spend a thousand — two thousand — it’s breaking my heart passive income doesn’t exist.

And anything that starts with I don’t want to work is already a problem. What you need to do is I understand I don’t want to work in an office or something I’m not passionate about. What I do the best way to make money is to make less money than you’re making now enough to still live because you got a live.

Around something that does interest you because you wake up years later and if something good is actually happening. So it’s not the — everybody wants to make it the extreme of I’m sitting in my job I hated this sucks all the way to beach in Mexico but there’s a real in between which is why I wrote crusher which is at night when you’re done with your **** job that is paying for the life that you have to live right now.

A, you don’t take some of that money and buy dumb **** like seventeen viewers watching the World Cup. What you do instead is you work on something on the internet that cost you nothing to start save all those dollars build something for yourself over seven years and then transition from the shit job to your own business. That’s passive.

Satya Nadella on the Metaverse and Flexible Work