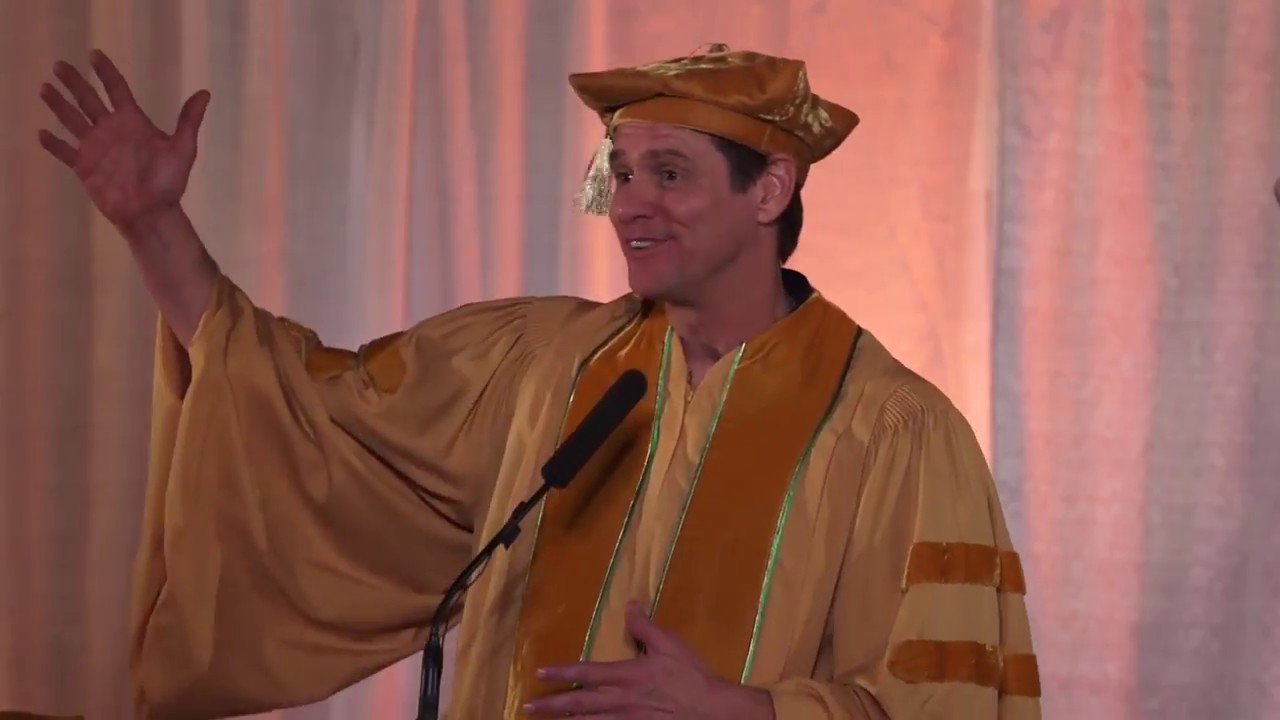 Jim Carrey on how to leverage fear as tool to your succes.in the short video talks about life’s choices that his father has taken and how it influenced his life. Choosing Love over Fear. Just inspiring enough to change your life’s perception. Source MUM

JIM CARREY, ACTOR: Now fear is going to be a player in your life you get to decide how much? You can spend your whole life imagining ghosts worrying about the pathway to the future but all there will ever be is what’s happening here? In the decisions we make in this moment which are based in either love or fear.

CARREY: And if it doesn’t happen for you right away it is only because the universe is so busy for filling my order. My father could be a great comedian but he didn’t believe that that was possible for him. And so he made a conservative choice instead he got a safe job as an accountant. When I was twelve-years-old he was let go from that safe job and our family had to do whatever we could to survive.

I learned many great lessons from my father not the least of which were that you could fail at what you don’t want. So you might as well take a chance on doing what you love.

CARREY: It’s not the only thing he taught me no I watch the affected my father’s love and humor and how it altered the world around me and I thought that’s something to do, that’s something worth my time.

It wasn’t long before I started acting up you know people would come over to the house may be greeted by a seven-year-old throwing himself down a large flight of stairs.

CARREY: They would say what happened? And I would say I don’t know let’s check the replay. I would go back to the top of the stairs and come back down in slow motion. It was a very strange household. My father used to brag that I wasn’t a ham I was the whole pig and he treated my talent as if it was his second chance.

When I was about 28 after a decade as a professional comedian I realized one night in L.A. that the purpose of my life has always been to free people from concern just like my dad. And when I realize this I dumped my new devotion the Church of Freedom from concern. The Church of FFC and I dedicated myself to that ministry.

CARREY: What’s yours? How will you serve the world? What did they need that your talent can provide? That’s all you have to figure out. As someone who’s done what you’re about to go and do. I can tell you from experience the effect you have on others is the most valuable currency there is.

CARREY: It has everything you gain in life will rot and fall apart. And all that will be left of you is what was in your heart. My choosing to free people from concerned gone to the top of a mountain looks where I am? Look what I get to do?

Everywhere I go perhaps this I’m going to get emotional because when I tap into this it really is extraordinary to me I did something that made people present their best selves to me wherever I go.