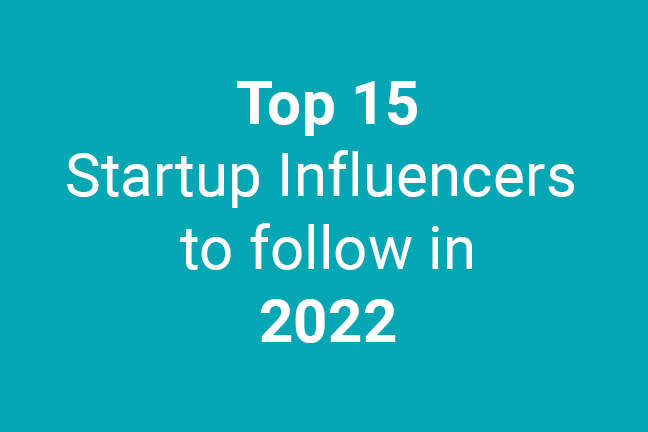 These 15 influencers have highly influenced the Startup community. would continue to influence in 2022. Lets join the group and get the most out of these influencers.

Richard Charles Nicholas Branson is a British business magnate, investor, and author. When he was 16, he launched his first company. In the 1970s he founded the Virgin Group, which has gone on to grow successful businesses in sectors including mobile telephony, travel and transportation, financial services, leisure and entertainment, and health and wellness.

As of 2004, he established the space flight company Virgin Galactic, which focuses on space tourism.

Richard Branson has been named one of Time Magazine’s “100 Most Influential People in the World”, and his net worth has been estimated at over $5 billion.

The founder of the Huffington Post, author of fifteen books, Arianna Huffington is now the founder of Thrive Global, a company aimed at preventing people from burning out in their everyday employment. As one of the most highly influential startup experts in the world, she has more than three million Twitter followers and will be hosting a talking event featuring leading voices in many business sectors including numerous startup leaders in New York City in October 2017.

Tim Ferriss, an entrepreneur, author, influential podcaster, and lifestyle guru is one of the top startup influencers. He is an angel investor or advisor to startups, including; Evernote, StumbleUpon, DailyBurn, Trippy, Reputation.com, Shopify, and TaskRabbit. Ferriss has authored ‘The 4-Hour Workweek’ which has been on The New York Best Seller List for four years. 1.7 million people follow him on Twitter.

He has previously worked for Flatiron Partners, Softbank Capital, and Goldman Sachs, where he was vice president of private equity technology investing. His Twitter account boasts 685,000 followers.

J. Michael Arrington is co-founder and former co-editor of TechCrunch, which covers Silicon Valley’s tech start-up community as well as the wider technology industry. According to Forbes and Wired, Arrington is one of the most powerful people on the internet. In 2008, he was named one of the world’s most influential people by TIME Magazine.

Hiten Shah is the founder of companies such as Crazy Egg and Kissmetrics. More recently, he’s become one of today’s most influential entrepreneurs who are willing to share his knowledge with others in the form of insightful tweets to the almost 225,000 followers who avidly listen to him.

Andrew Chen is a General Partner at Andreessen Horowitz who focuses on consumer technology companies. Previously, he worked as an Entrepreneur-in-Residence at Mohr Davidow Ventures – where he was tasked with finding the next generation of new tech businesses. He’s also worked as an advisor/investor for tech startups including AngelList, Barkbox, Boba Guys, Dropbox, Gusto, Kiva, and Product Hunt – where his job was to identify opportunities for growth and productivity improvements.

Andrew has been in the growth marketing industry for more than a decade and is recognized by all as an asset to any startup he gets involved with. Andrew is also an entrepreneur and is considered a genius when it comes to helping tech startups succeed.

As an entrepreneur and writer, Marie Forleo is known for her expertise in philanthropy, authorship, and hosting of the web show Marie TV. She is dedicated to helping individuals become the people they most desire.

Marie Forleo is a New York Times bestselling author whose books include Everything is figureoutable and Make Every Man Want You. According to Harper’s Bazaar, Forleo began her career by serving drinks, cleaning toilets, and waiting tables, as well as dancing hip-hop. She is one of the top startup influencers and has 218000 followers on Twitter.

Lewis Howes is an award-winning New York Times bestselling author. He has written the best-selling book, The School of Greatness. An entrepreneur and a business coach who specializes in high performance, he is a keynote speaker. The current USA Men’s National Handball Team athlete was a professional football player and two-sport All-American.

Her work has been featured in numerous publications such as Entrepreneur, Yahoo Health, Men’s Health, The Today Show, and The New York Times, among others.

Sean Ellis is an entrepreneur, an angel investor, and an advisor to startups. In addition to being CEO of GrowthHackers, he was previously the founder and CEO of Qualaroo, an automated user research tool.

Sean Ellis is the brains behind the fast-growing popularity of the idea of growth hacking. His strategy of “growth hacking” has been adopted by companies around the world looking to grow quickly, and he has over 123,000 followers on Twitter.

Martin Varsavsky is an entrepreneur who is based in Spain after moving to Europe to study at Télécom ParisTech. Varsavsky has founded several companies over the years, many of which are currently thriving, including FON, Viatel, Ya.com, Medicorp Sciences, and Prima S.L. He was named Young & Restless by Forbes Magazine back in 1999 for being a serial entrepreneur. He has over 103,000 Twitter followers and tweets about business and politics.

Sallie Krawcheck‘s current role at Ellevest is as CEO and co-founder, a digital financial advisor for women launched in 2016. She was the former head of Bank of America’s Global Wealth and Investment Management division. She is one of the top startup influencers, with 53,100 Twitter followers.

Brian Balfour, the founder of Reforge, is undoubtedly one of the most respected growth marketers of modern times. He has worked for large startups like HubSpot and Venture Capital firms. Before starting Reforge, he was the VP of Growth at HubSpot where he grew user bases to millions of daily active users. As a growth expert, he writes detailed essays that have been published in Forbes, Hacker Monthly, and OnStartups to help you build a growth machine. He has written for Viximo and Boundless Learning.

Mike is a skilled growth hacker, speaker, entrepreneur, and growth marketer from the Netherlands. He is the founder of Online Boswachters, a platform for digital marketing and growth, and Escape Rooms Netherlands.

In addition to his work at Startup Bootcamp, Mike is an enthusiast for experimenting in his area of expertise. His expertise includes more than six years of experience and an obsession with information.